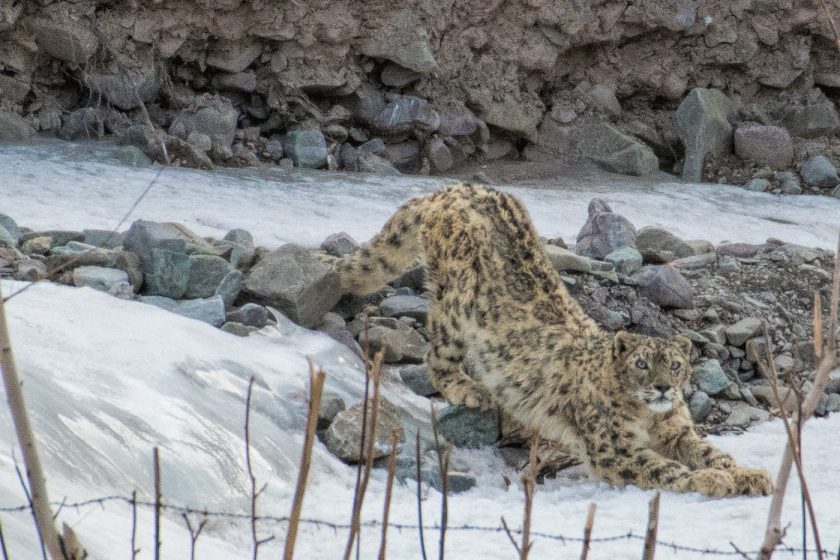 Snow leopards have evolved to live in some of the harshest conditions on Earth. Their white-gray coat spotted with large black rosettes blends in perfectly with the steep and rocky mountains of Central Asia.

The snow leopard’s powerful build allows it to scale great steep slopes with ease. Its hind legs give the snow leopard the ability to leap six times the length of its body. A long tail provides balance and agility and also wraps around the resting snow leopard as protection from the cold.

For millennia, this magnificent cat was the king of the mountains. The mountains were rich with their prey such as blue sheep, Argali wild sheep, ibex, marmots, pikas and hares. Snow leopards are found in 12 countries—including China, Bhutan, Nepal, India, Pakistan, Afghanistan, Russia, and Mongolia—but their population is dropping; there are estimated to be less than 7000 of them left in the wild.

Our Snow Expedition – starting on 08 November 2019 – gives you a wonderful opportunity to see this magnificent, but endangered, big cat in its natural habitat.

The best place to stay is Snow Leopard Lodge in Ulley and we’ve got rooms booked. But space is in high demand so you’ll need to be quick.