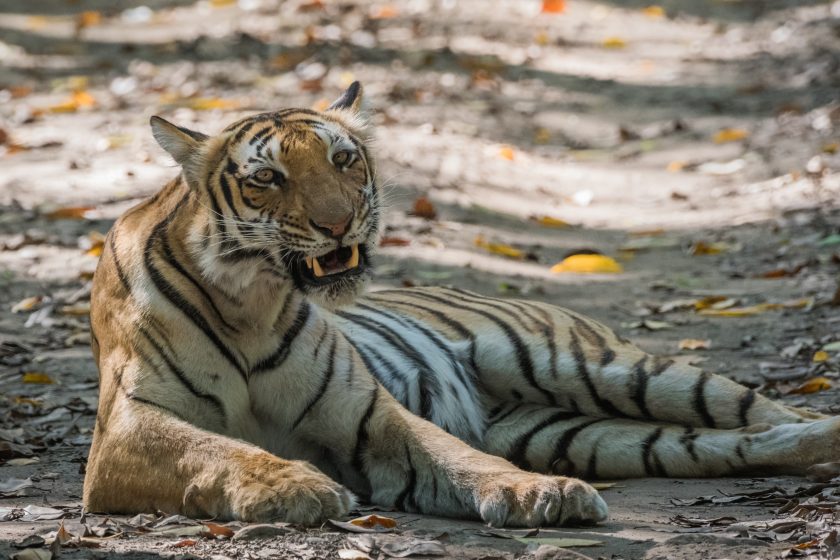 For those of us that like getting close to India’s wildlife, staying in one of the government rest houses inside Corbett Tiger Reserve was a special treat.
Sadly, the decision by the Uttarakhand government to implement a Supreme Court order means that this will no longer be possible.

It’s not cast in stone yet, but seems inevitable.

This from the Hindustan Times:

“The Uttarakhand government will implement the Supreme Court order banning commercial use of forest guest houses in protected areas such as Corbett National Park and Rajaji National Park, meaning that rooms in these rest houses cannot be rented out to tourists, officials said on Friday.

The apex court on Thursday had debarred renting of forest rest houses across India for commercial purposes, including for tourism, in guidelines issued in consultation with the central government. The court said the guest houses were meant for camping for forest officials to discharge their duties connected with conservation, protection and management of forests and wildlife and should be used only for that purpose.

“Forest Rest Houses or Inspection Bungalows located within the forest area including the protected areas shall not be transferred to private and commercial entities in the name of public-private partnership or by whatever name such an arrangement is called, for promotion of any form of tourism including ecotourism,” the guidelines issued by the court said.

A senior Uttarakhand forest officer quoting anonymity said, “When SC has banned intervention based on private partnership then even commercial activity done by the forest department will also be deemed illegal in the forest rest houses.”

Several state governments including that of Uttarakhand were allowing tourists to rent rooms in forest guest houses in the name of eco-tourism. At least three rest houses in Corbett and one in Rajaji were being rented out to tourists.

“The SC has given its verdict and we will follow it,” Anup Mallik, managing director of the corporation said adding, “We will though continue with our plans. Only forest rest houses won’t be a part of it.”

“I stand with the decision of SC and have been against of night stays in protected areas. It’s a welcoming decision,” Jai Raj, principal chief conservator of forest (PCCF) and head of forest force (HoFF) said.

Harak Singh Rawat, forest minister, could not be contacted despite several attempts.

The apex court order comes in wake of the efforts of the National Tiger Conservation Authority (NTCA) to phase out night stays in the core areas of Corbett tiger reserve. The authority had told SC in 2013 that it has prepared 10-year plan to phase out night stay tourism in Corbett, by 2023. This was after conservationist Ajay Dubey demanded the apex court to ban tiger tourism in the reserve.

One of the most dense tiger reserves in India, Corbett, receives over 2 lakh tourists every year generating nearly Rs 9 crore. Officials inform only 15% of the revenue comes from night stays in forest rest houses within the reserves. It is home to 240 tigers as per national estimation of 2014.”: