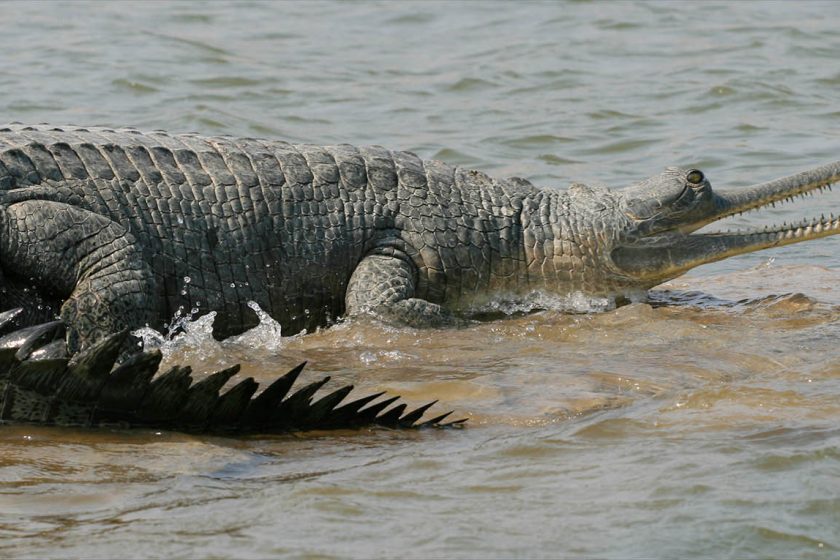 It’s hard to believe, as you negotiate the hurly burly of Agra’s traffic, that less than 2 hours away is a place that offers clean air and serenity. Yet that is exactly what you’ll find at Mela Kothi.

Nestling amidst acres of woodland and pasture, the Mela Kothi was built in the 1890’s and was ideally located to serve as a camp office for the family’s bi-annual cattle fair (Mela). (In fact Jarar has been the main seat of the family since 1472.)
The fair was a source of great pride and prestige for the family, with traders coming from as far afield as Maharashtra and Orissa. However, by the 1990s, the numbers dwindled, and the Kothi and its grounds fell into disrepair.

In 1999, conservationist Ram Pratap Singh and his environmental scientist wife, Anu, began restoring the property originally built by his great grandfather.
The product of their labour, set within 35 sprawling acres of the original heritage plantation and surrounded by farmland is Mela Kothi, The Chambal Safari Lodge.

Every effort has been made to make the lodge as eco-friendly and sympathetic to its surroundings as possible. The Lodge offers thirteen rooms/cottages.
The food is delicious; traditional Indian cuisine freshly prepared.

The National Chambal Sanctuary (NCS) is a 400 km stretch of the river Chambal and a wide swathe of the ravines on both sides of the river, covering an area of 1235 sq. km.

The sanctuary was granted Protected Area Status in 1979 to help revive Gharial populations decimated by indiscriminate poaching and is one of the last surviving habitats of the Gangetic River Dolphin as well as providing protection for 1200 Gharials & 300 Marsh Crocodiles. It is home to eight species of turtles and the Smooth-coated Otters.

The Sanctuary boasts of a rapidly increasing and impressive bird list of over 330 species of resident and migratory birds, and is gaining a reputation as one of the most reliable places to see the Indian Skimmer.

Undoubtedly one of the best ways to enjoy Chambal is to take to the river. In stark contrast to it’s near neighbour the Yamuna River, the Chambal is a clean river that attracts a wide variety of wildlife.

Set against a stunning backdrop, framed by the ravines and sandbanks, the calm waters of the Chambal River are best explored on boats. The gentle pace of the River Safari is designed to provide spectacular sightings of the gharials, muggers & turtles basking in the sun; the many migratory and resident birds flying sorties; the occasional glimpses of the Gangetic river dolphins breaking surface.

The drive between the lodge and the river is a safari in itself as the hedgerows are teeming with birdlife and the villages passed en-route reflect local agricultural life.

If you are staying for more than a couple of nights then there are jeep safaris to nearby reserves where you can see Blackbuck or Sarus Cranes. You could even opto for a camel safari.

It’s not just about wildlife; there’s culture too, in the nearby village of Bateshwar.

The ancient settlement of Bateshwar is situated on a crescent bend of the river Yamuna, 12 km – 20 minutes drive from the Chambal Safari Lodge. More than 40 temples dedicated to the glory of Shiva glisten pearly white along the ghats of the river. A multitude of architectural styles, time periods and historical events are reflected in these simple shrines.
A rooftop setting provides a wonderful vantage point as the sun sets.

In October-November, the open areas around the temple complex play host to an annual animal fair, the origins of which stretch into antiquity. Of immense significance in the Hindu religious calendar, the fair is also of great commercial importance and is renowned as the 2nd largest animal fair in the country (Sonepur in Bihar being the largest).

The religious fair commences after ten days of animal trading and a break of 4-5 days. This period is considered the most auspicious for offering prayers at Bateshwar and is an important fixture for saints, sadhus, tradesmen and villagers. A colourful pageant of rural India that is as unchanging as it is timeless.

If your itinerary is a bit culture heavy then a visit to Mela Kothi makes a nice change of pace. If you are concentrating on wildlife, then it offers a different style of safari to the better known tiger parks.

If you’d like to include Chambal Safari Lodge in your India itinerary
or
help with planning your safari in India
just email us or phone us.
Click here to Email Us