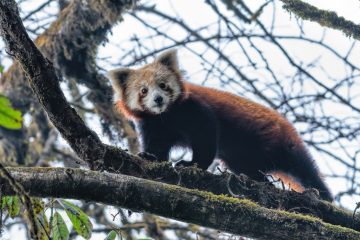 END_OF_DOCUMENT_TOKEN_TO_BE_REPLACED

India has 50 Tiger reserves, governed by Project Tiger which is, in turn, administrated by the National Tiger Conservation Authority (NTCA) and 104 National Parks.
Some of these reserves and National Parks are World renowned; places like Kanha, Ranthambhore and Corbett. Unsurprisingly, these famous reserves attract the largest number of visitors which can, at times, make being on safari a distinctly un-relaxing experience.
Others, either because of remoteness or a reputation for tiger sightings being harder to come by, see far fewer visitors. For us this is no deterrent; in fact it is a positive plus point.
There is far more pleasure to be gained from a hard earned and exclusive tiger sighting than from half a dozen where all you needed to do was follow the other jeeps.

With that in mind, this itinerary is more likely to appeal to travellers returning to India than to those seeking their first tiger sighting.
Having said that, we would certainly expect to see tigers in at least one of these reserves, to also enjoy sightings of the elusive Red Panda and some terrific birding.

Wildlife Photography India
The Black Gold of Tadoba, on the run!

The only melanistic leopard seen in the tourism zone of the Central Indian Parks. If you wish to see this rare charismatic animal, plan your trip to Tadoba soon.

We at The Bamboo Forest Safari Lodge, have loved sharing this story with you, and shall bring you regularly as part of our Responsible Tourism Initiatives to raise awareness about the nature and culture of the environments we operate in.

Is India the next global coronavirus hotspot?
India's confirmed cases are going up rapidly, but it's not all bad news.
bbc.com
View on Facebook

Wildlife Photography India
Sadly our group safari to Kabini & Goa, scheduled for November 2020, has become the latest casualty of Covid-19.

Working on re-scheduling it for November 2021.

In the meantime photos from pre-Covid trips to India will have to suffice. Like this lovely leopard sighting at Beria, Rajasthan

Wildlife Photography India
There aren't many animals more beautiful than a tiger.

This is Arrowhead, a Ranthambhore female in her prime.