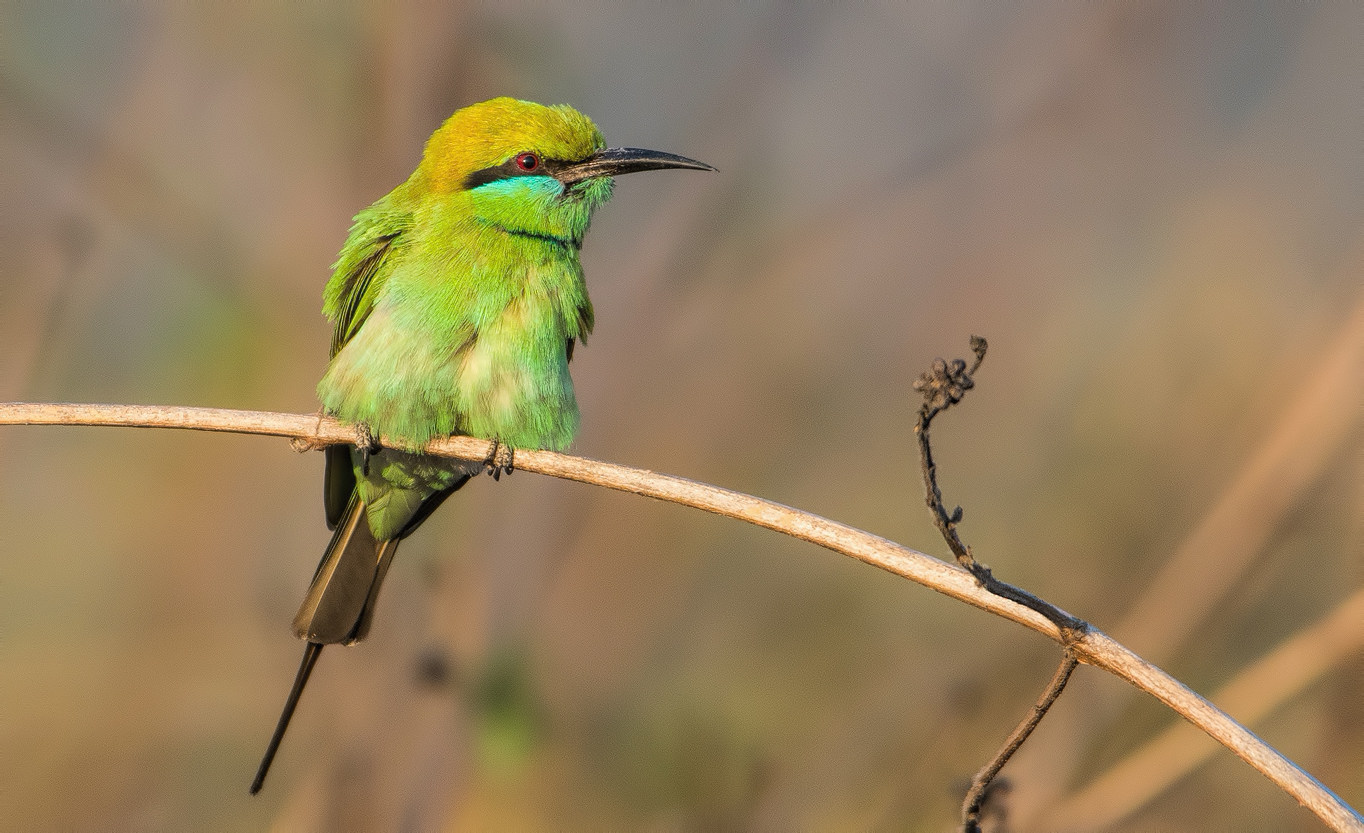 India boasts of about 1250 species of birds in the country including migratory birds that travel here from all over the world. Of this about 600 species can be found in the Corbett & Ramganga valleys in the foothills of the Himalayas.
Corbett Tiger Reserve was the first National Park in Asia and is spread over an area of 1300 km sq

The highlights of a birding trip to Corbett & Ramganga include:

Day 2
Early morning you transfer by road to Kalagarh Wildlife Sanctuary (5hrs). Reaching Vanghat involves walking for about 2km and crossing the Ramganga river on a small pontoon raft. It’s well worth it. Lunch is at the lodge. In the afternoon led by an expert we will explore the Sanctuary on foot.

Days 3 & 4
Further exploration of the sanctuary on foot.
The sanctuary is not only home to a great variety of birds but also mammals such as tigers, leopards and Asiatic Elephants; though they are quite elusive in this part of the park.

Day 5
This morning take your last excursion on foot in the hills around Vanghat. After breakfast transfer by road to Jim’s Jungle Retreat on the southern periphery of the park. Enroute do some birding on the Kosi River around Garjiya Devi Temple. Remainder of the day is at leisure. Overnight stay will be at Jim’s Jungle Retreat.

Day 6
Morning and in the afternoon games drives will explore different zones of Corbett Tiger Reserve.

Day 7
A morning visit to Tumeriya Dam, a great location for viewing aquatic/ riverine birds. The afternoon is at leisure.

Day 8
This morning’s focus is a search for the rare Ibisbill near Gargia Devi temple before returning to Delhi in time for your international flight back home.

On a secluded bank of the Western Ramganga River lies one of most remote wildlife lodges in northern India. Accessible only by a 2km cross-country walk and raft across the river, Vanghat lodge is a wilderness paradise unlike anything else to be found around Corbett Tiger Reserve. The lodge is comprised of just 4 cottages.

The team at Vanghat is entirely local,so they know the surrounding landscape and wildlife intimately. Activities focus on walking safaris (a rarity in tiger country), birding and wildlife photography and are lead by some of the most knowledgeable naturalists and guides of the area

Jim’s Jungle Retreat is a highly rated wildlife resort offering an immersive jungle experience in over 15 acres of replanted forest at the southern edge of Corbett Tiger Reserve. The 18 guest cottages are well appointed and the food is superb. If you do manage to find yourself some free time, the lodge’s large swimming pool is a great place to stay cool.
The food is excellent; having their own organic farm ensures that the Retreat offers delicious ‘farm-to-table’ cuisine